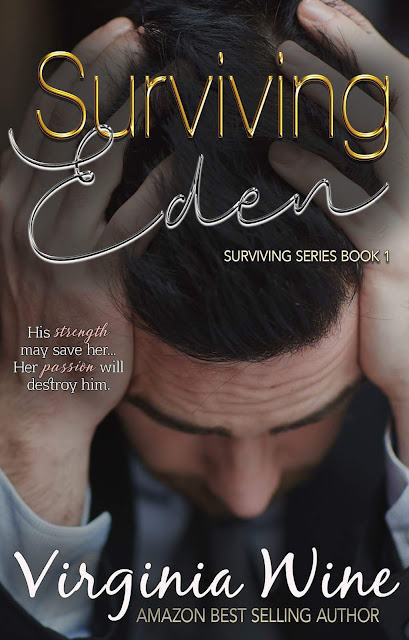 Amazon’s Best Selling Author writes from the heart. Overcoming barriers, obstacles and reaching new heights along the way.
“Perhaps love is too strong of a word.
Maybe it was only a feeling touching the edges of love,
momentarily blinding our perception of the profound emotion.”
Virginia Wine

Dr. Theodore Grant worked hard his entire life to achieve his goals. He was a prominent, renowned psychiatrist. He had it all: wealth, prestige, respect. Or so he thought.
When tragedy unexpectedly struck, he was forced to help his best friend’s daughter. She needed him. What he didn’t know was that he needed her, too—like his own breath.
How could he know it would all go so terribly wrong? That he would cross the line? He fought the desire leading him astray with everything he had, but in the end, he wanted only one thing: her.
To hell with what was right. Losing everything never even factored in his decision. All he wanted to do was live in the moment. Her moment.
She found his demons and slayed them with her innocence. The answer was clear now: he had done the right thing. He was certain of it. People would believe what they wanted to believe.
His notion of right and wrong was discarded the day Eden Barnett walked into his office. What he didn’t know was that it would be the day his life truly began.
The day he followed his heart, and it lead him into the garden… of Eden.
Slight Cliff-hanger, Eden and Theo's journey continues in book two where Alex and Madison take center stage.
*Content warning: Contains adult content, language, and scenes that may not be suitable for all audiences. Intended for 18+ audience. *
Posted by authorvirginiawine.net at 4:31 PM